In this post, I will look at the Goraya, a large Jat caste that is found mainly in the Rechna Doaba, in particular a region called the Gujranwala Bar. The Goraya were a largely pastoralist tribe, common with many Jats in the region. I will ask the reader to look at my post on the Gondal and Tarar, which gives some more information on the cultural practices of the Bar Jats

Writing about the Jats of the Bar, Captain Nisbett, author of the First Gujranwala Settlement report said the following:

The agricultural tribes are very numerous and a large portion claim a Rajput origin, and are sub-divisions of tribes located in the surrounding districts of Lahore, Sialkot and Amritsar, where the elder branch of the original family having set up home, the younger sons soon wondered a few miles further north and founded new colonies in to this district.

The Goraya too claim a Rajput origin, with an ancestor said to have come from a neighbouring region. Like all Punjabi tribes and clans, the Goraya also have a number of origin stories. The northern half off the Rechna Doaba, the present day districts of Narowal, Sialkot and Gujranwala, has always been dominated by Jats. Jat clans such as the Bajwa, Chatha, Tarar, and Waraich, being the majority of the rural population. In custom and tradition, the Goraya share much with these tribes. 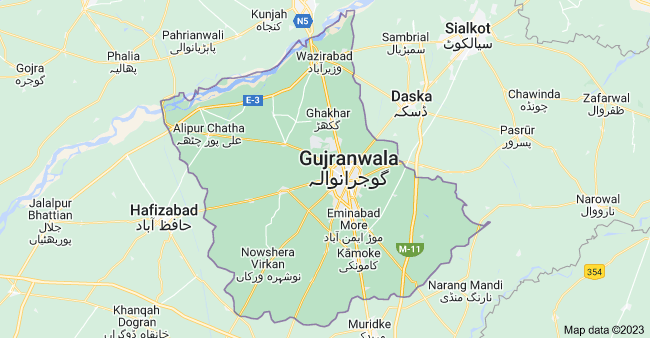 As Captain Nisbett noted, like other Jat tribes, the Goraya also claim a Rajput ancestry, in this case from a tribe called Saroya or Saraoha. Little is known of them, but they appear in the origin stories of several Jats tribes, such as the Hanjra for example. Almost all Goraya myths make reference to an individual by the name of Goraya, as their ancestor. However, after this agreement, the consensus breaks down. Interestingly, the word goraya is also used for the nilgai, a type of a large antelope. Therefore, it is possible that Goraya could have been a nickname for their ancestor. In some stories, he said to have leftSirsa, in what is now Haryana, in search greener pastures, here I use the word in the literal sense. He was looking for a place where there to find pasturage for his cattle.

In Gurdaspur, the Goraya claimed that they are descendants of a person named Lu, who was a Suryavanshi ancestry. Lu lived at a place called Kharmor in the Malwa, and held an official position at the court of a Sultan. He is said to have fallen out with the Sultan, and fled with his family to the banks of the Ravi. Among the Sikh Goraya, there is a tradition that they ate really a branch of the Dhillon Jat, who they do not intermarry, as marriage within a Jat clan is forbidden in Sikhism.

However, a tradition that is prevalent among the Gujranwala Goraya, is that the tribe is descended from a Chandravanshi Rajput called Goraya whose grandson Mai came from the Lakki Thal, in what is now Bhakkar District. The tribe settled in the Jammu region, just north of Sialkot.  Here they were until under Rana their then chief, they came down from the Jammu hills, after a fallout with a Dogra chieftain. This is said to have occurred during the period of Mughal rule over Punjab (circa 15 -17 AD).

The next name that occurs in tribal genealogies is that of Budh or Budha, who is said have had twenty sons, one of whom all the Goraya claim descent from. The word budha means an old man, but here it is being used to in the sense of father or founder of the tribe. For example, the Gondals also have a Budha as their ancestor. The word budha here really means the founder or first settler of the tribe. Another name that occurs among the Goraya is that of a Baba Midh, who said to resolved disputes within the tribe, and allocated lands to each chaudhary. This Baba Midh may refer to the Sufi Pir Madha Shah Sultan, whose shrine is in the village of Budha Goraya. Some Goraya claim to have accepted Islam at the hands of Daud Bandagi Kirmani(1513-1575), a Muslim saint from Multan Province, who said to have converted a number Jat clans of the Bar region. He also appears in the origin stories of the Tarar and Chatha clans.

The current village of Budha Goraya, located south west of Gujranwala city, is said to be the site of the camp of Budha. The site was initially known as Buddha Gorayan Da , in Punjabi meaning the founders village. The village was said to be destroyed by the earthquake, the original village being about 3 km (1.9 mi) south of Buddha Goraya. After the destruction of the village, the survivors settled in the surroundings areas while some fled further afield. There are now several settlements of the Goraya in Gujranwala, that are named after an individual that left Budha Goraya and founded the settlement. These include Bupra Kalan Goraya, Bupra Khurd Goraya, Chitti Goraya, Harchoki Goraya, Lonkay, Jajoki Goraya, Dhair Virkan, Pipli Goraya, Saddu Goraya, Ratta Goraya, and Mahiya Goraya.

A village with the name Budha Goraya is also occurs in Sialkot district near Daska, which was also settled by a descendent of the Budha, after the earthquake destroyed the original village. The Goraya now found in Gujranwala, Sialkot, Narowal and Gurdaspur all connect themselves with the village of Budha Goraya. They own 31 villages in Gujranwala. In Sialkot, there villages are located ibn the north-east of the Pasrur Tehsil.

As the Census showed, over 90% of the tribe was found in the Rechna Doab, Gurdaspur at that time included Shakargarh tehsil, which was also located within the Doab. Another point, is that the Hindu Goraya were all Sultani Hindus, followers of the saint Sakhi Sarwar. Almost all of these converted to Sikhism by mid 20th Century. The Goraya now either Muslim or Sikh.